The Superbowl just played in San Francisco recently (at the time of this writing in February of 2016), and I couldn't help but think about the time I spent in San Francisco back in 2012. The entire duration of our stay consisted of us going to the Golden Gate Bridge to take photos. We rolled into San Francisco around sunset after driving through and visiting Yosemite National Park. We were tired, hungry, and mostly tired. So, we took some photos at Battery Spencer vista, which is according to Google Maps; the best place to view and take photographs of the Golden Gate Bridge. Afterwards we drove through Sausalito trying to find an ATM so we could order pizza once we got back to our room. Yeah, it was quite the romantic evening in the Bay City.

We woke up early to shoot sunrise over the city at Battery Spencer, but the fog was overwhelming. After shooting sunrise we made our way over to the Lucasfilms Headquarters in Presidio, California to see the “life-sized” statue of Yoda. My wife was more amped to see this statue than I was and I’m a diehard fan. I think the early morning wake up and the non-stop driving all week had worn me out at the time. Not to mention, finding this statue was like watching Luke find Yoda in Dagobah.

Before leaving San Francisco we hit up Ike’s Sandwich shop because my fellow photographer friend, Matt Frankel, said it was the best sandwich shop ever. It did not disappoint.

If you haven't picked up on my tips lately; I'm going to tell you to bring your wide-angle lens. Bring a zoom too. This bridge is definitely worth the extra lens length for the details. Also, I heard a rumor that September is the best time to shoot the bridge and the city of San Francisco because the low fog disappears. Do your Google homework and research it. Hopefully I make it back to this city and do some more exploring. And yeah, we saw the Full House park and the actual house Full House house. 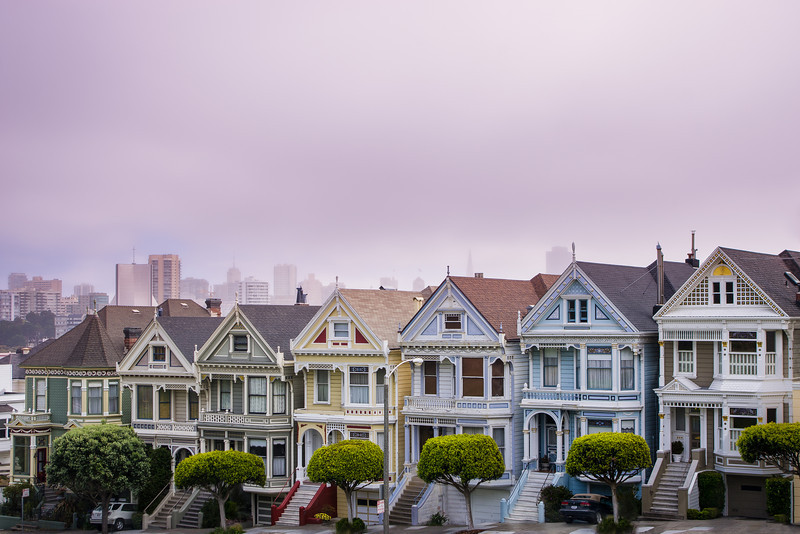